TortoiseSVN is an Apache™ Subversion (SVN)® client, implemented as a Windows shell extension. It's intuitive and easy to use, since it doesn't require the Subversion command line client to run. And it is free to use, even in a commercial environment. Simply the coolest Interface to (Sub)Version Control!

We're proud to announce that TortoiseSVN 1.14.1 has been released. It is linked against Subversion 1.14.1.

This is a bugfix only release.

Before upgrading from pre 1.14 versions please read the release notes.

Please read those thoroughly before you upgrade to TortoiseSVN 1.14 to avoid any surprises.

So I made another tool: CryptSync.

CryptSync is a small utility that synchronizes two folders while encrypting the contents in one folder. That means one of the two folders has all files unencrypted (the files you work with) and the other folder has all the files encrypted. 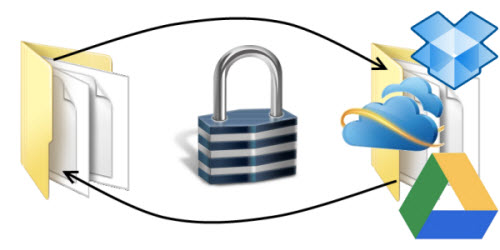 TortoiseSVN and the recycle bin

Subversion's design is made up so that you will never ever lose any data. But there's one command that will do exactly that: Revert.
Reverting means discarding all modifications you've made to one or more files which you haven't committed yet.

But what if you selected the wrong file(s) to revert? Sure, TortoiseSVN always asks you first before it reverts the files. But as we all know, such "Are you sure?" dialogs are too easily dismissed by clicking "Yes".

So what if you reverted files and you then discover that you shouldn't have done that?

Save the revision graph as an SVG file

The revision graph is a nice way to get a quick overview of your project. However you can not share the graph with other people unless you save it as an image and pass the image on.

Windows 8 has a new feature where the Aero colors can be automatically adjusted according to the selected wallpaper.

This seems to be a nice feature, and there's even a tool available that offers that feature for Windows 7: Aura.

But there are some things about Aura that bother me, so I hacked together my own tool which offers that feature.

Unlike Aura, AAClr is written in plain C++ and doesn't use the .NET Framework. For tools that are supposed to be started automatically on logon, this ensures that the whole startup time doesn't increase by several seconds.

AAClr also detects changes in wallpapers by catching events from the system and doesn't use timers that access the wallpaper file several times a second (like Aura does). That means that AAClr is idle most of the time and only wakes up when necessary.

And about resource usage: AAClr uses less than 2MB of private bytes - I think that's not too much.

The link to the download can be found on the project page.

Full disclosure: I was asked to review the book, which I did. And I'm mentioned as a reviewer in the book! So I had to write something about it here since I was never mentioned in a book before :).